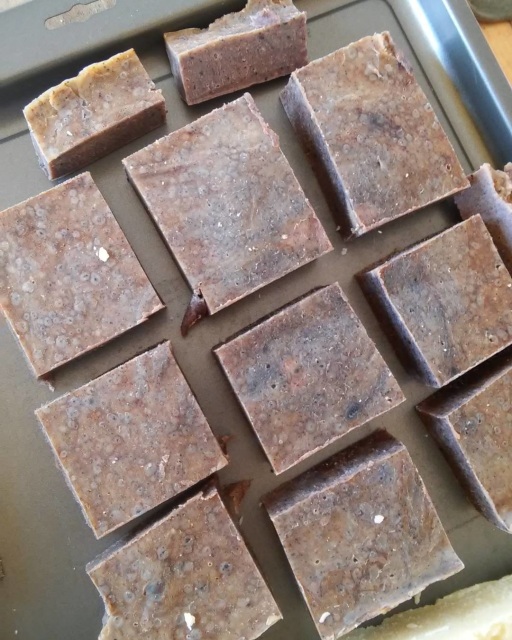 Coffee and cinnamon and orange soap! (formally known as the snack bar)

​And it looks pretty delicious!

My sister calls it the Wake & Exfoliate, stating it really helps stimulate the senses and recharge her while doing rotations in medical school, running marathons, volunteering in Haiti as a medic and just being a boss ass babe.

Sold out
Add to Cart
It looks like brownie batter when I set it in the mold and smells just as yummy! The coffee grounds are quite effective as an exfoliant. If you prefer a more gentle exfoliant or have sensitive skin, please consider the Poppy Lavender conditioning soap.
Orange essential oil is known for improving circulation and complexion, eases anxiety, is an antioxidant and antibacterial.
This a fairly hard bar with a gentle lather.
​
All natural Ingredients: olive oil, coconut oil, cocoa butter , castor oil, safflower oil, coffee and grounds, certified organic orange essential oil, mad respect and integrity.
No fragrances, animal products, animal testing or harsh detergents.
​5% superfat.
Handcrafted in small batches, with love.